Joined 9 mo ago
·
133 Posts
Toyota has filed some patent applications with the USPTO for what looks like a canopy door for the GR Super Sport.

The car is pretty blocky but the shape is roughly like the GR Super Sport concept. One patent describes how to coordinate latches on both left and right sides so they both unlock to let the door open. The other is for the side sill to help people get in and out. Also included is a locking mechanism. Keep scrolling to see all the patents in full.

These patents surfaced shortly after a rumor that Toyota will build homologated street-legal versions of the hypercar with 20 units expected to be delivered in 2022. More on that here: Rumor Mill: Toyota to Build Street-legal GR Super Sport Hypercar?

Joined 8 mo ago
·
181 Posts
The key hole makes sense as I believe they need to build a number of road-going versions in order to meet homologation standards for Le Mans.

Joined 9 mo ago
·
133 Posts
@St00k it sure does and could be a backup for a more advanced door lock setup that I'm sure will be included.

Joined 8 mo ago
·
181 Posts
Does anyone know how many road-going versions they need to make?

I'm totally confused by the whole WEC/Le Mans changes with their new hypercar rules. I feel like they changed them several times.

Joined 8 mo ago
·
166 Posts
This article does a great job explaining all the history of all the rule changes @St00k.

If Toyota makes a street legal GR Super Sport, I wonder what it's competition would be? Would it be the GT-R or something higher on the totem pole?

Are the glory days of GT1 really back?

SO WHAT DOES IT ALL MEAN?
Though it has a very evocative sounding name, the Hypercar formula is unlikely to usher in a new era of insanely fast, barely legal homologation specials terrorizing the world's roads. With no homologation requirement to speak of, the cars will likely never progress beyond thoroughbred racers.

But that doesn't mean it's impossible. Though Hypercar is in essence a silhouette-bodied, heavily restricted hybrid LMP1 car, the FIA has almost in passing mentioned the allowance of road versions of the new race cars.

However, since they are not required, the emergence of such vehicles relies on the willingness of the manufacturers taking part to double their development costs by producing a road car as well as a race car, a big part of the reason why GT1 eventually failed.

With the increased emphasis on slashing budgets, this seems like a bizarre step to take. In short, it all relies on the pockets of the super rich, and the state of mind of the bean counters at the world's biggest car companies.

Privateers are encouraged to enter by the set performance parameters, standardized hybrid systems, and spec chassis, but the odds of a small firm like Ginetta or ByKolles producing an extremely expensive road legal race car don't look too good.

As of right now, there is no reason to assume the Hypercar class will work as well as DPi did in the much smaller and more affordable IMSA WeatherTech Sportscar Championship. Unlike the simple and effective LMP2-based cars present there, the specialized FIA machines still represent a large financial risk for anyone thinking of participating.

Even though the FIA aims for a 20 million euro budget cap per two car team per season, it's still not exactly small change, and the development of a road going variant will undoubtedly add a large amount to that.

But provided the formula gains several big players, and those companies have a large, wealthy customer base, the FIA Hypercar might actually be granted some licence plates, allowing it to proudly collect dust in some billionaire's private collection.

Joined 8 mo ago
·
181 Posts
Great info. Thanks. So in short, there is no homologation requirement. So if Toyota makes a road-going version of the GR Super Sport, they'll do it because they want to.

St00k said:
Great info. Thanks. So in short, there is no homologation requirement. So if Toyota makes a road-going version of the GR Super Sport, they'll do it because they want to.
Click to expand...

Yup, exactly right. Which is good news if they do make a road version. It won't just be rushed to meet requirements.

Joined 9 mo ago
·
133 Posts
That has me wondering how much more normal the final version will look because currently it looks too much like an LMP1 race car.

St00k said:
Does anyone know how many road-going versions they need to make?

I'm totally confused by the whole WEC/Le Mans changes with their new hypercar rules. I feel like they changed them several times.
Click to expand...

According to CarScoops, Toyota has to build 20 street versions within 2 years.

In order to compete in the championship, Toyota will have to build 20 examples for the street within two years and it will look pretty wild, as these patents from GR86 show. 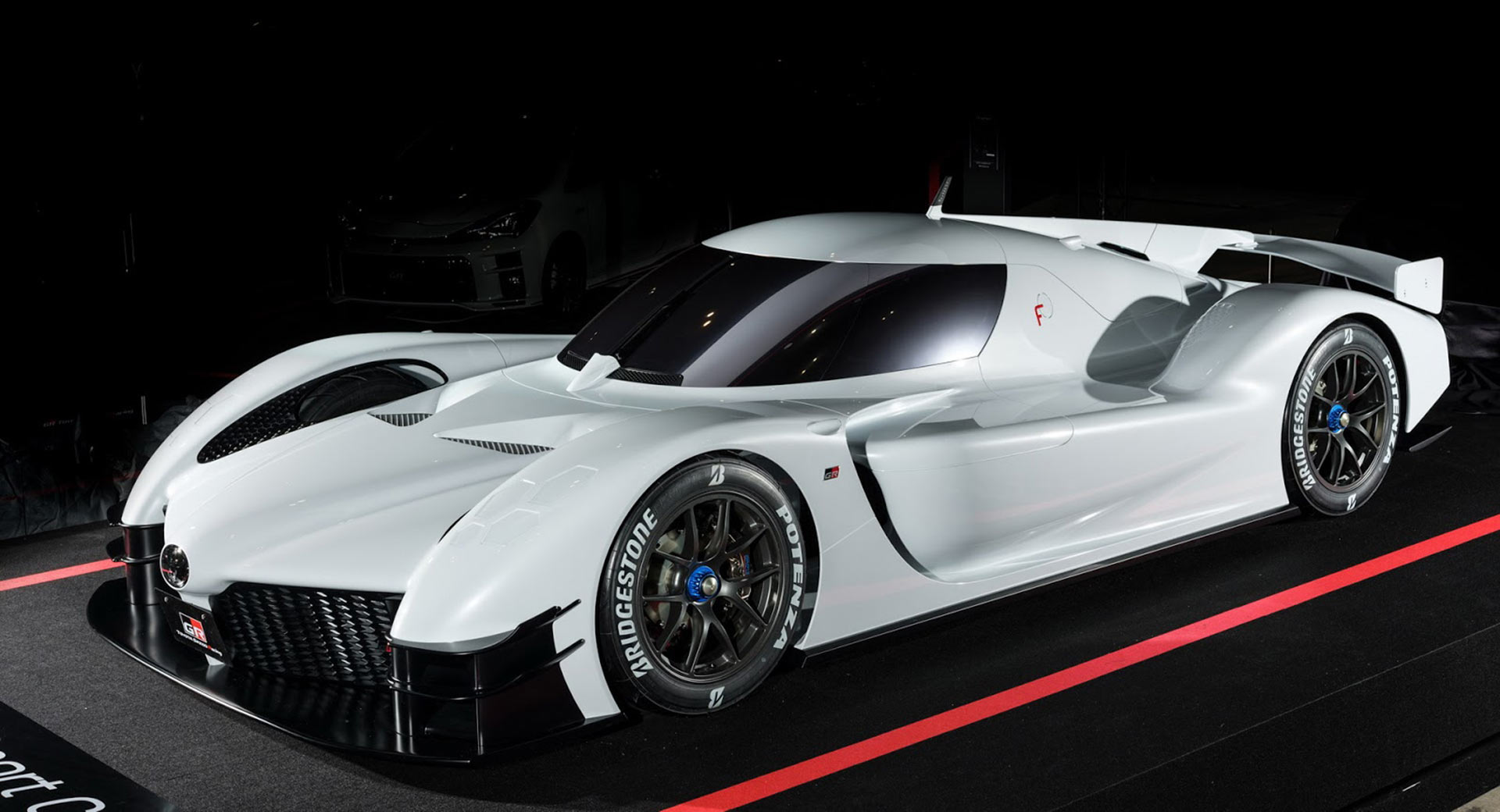 The Toyota GR Super Sport will compete in the WEC's Hypercar class.