Compared to the standard model, this GR Supra sports an aggressive body kit that widens the car by 3.14 inches. The front air intakes are also larger and additional vents have been added to the hood and front fenders. Flared fenders make the rear look more muscular and the rear bumper has been modified to fit larger vents, a new diffuser, and larger exhaust tips. A subtle rear spoiler completes the makeover.

Like the standard car, the modified GR Supra is powered by a BMW-sourced 3.0-liter turbocharged straight-six engine, but SARD has done some tinkering under the hood to extract more power. Whereas the regular GR Supra produces up to 382 horsepower and 368 lb-ft, SARD's version packs 493 hp at 5,800 rpm and 505 lb-ft of torque, an increase of 111 hp and 137 lb-ft.

This massive power boost was achieved thanks to a high-flow BorgWarner turbo, a billet compressor wheel, a remapped ECU, a titanium exhaust system, and a sports catalytic converter. SARD hasn't said how this affects the performance, but the added grunt should enable the custom GR Supra to accelerate from 0-62 mph in less than 3.7 seconds. To cope with all that extra muscle, the Japanese tuner has stiffened the chassis, added stiffer anti-roll bars, adjustable suspension, and fitted beefier Alcon brakes with six-piston front calipers. It also sports larger 20-inch alloy wheels wrapped in Bridgestone Potenza S007A tires. 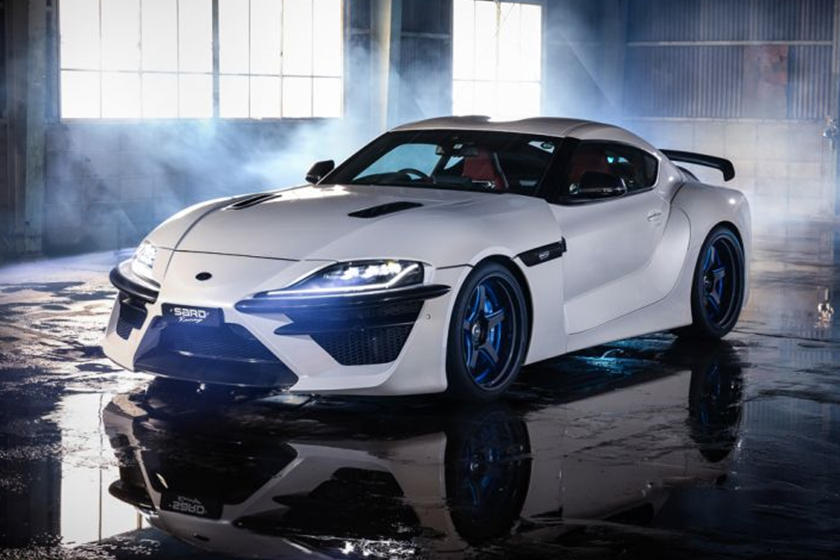 The fourth-generation Toyota Supra was one of the most popular tuner cars in the aftermarket industry, so it didn't take long for tuning companies to get to grips with the all-new A90 GR Supra. Several modified GR Supras were showcased at this year's virtual SEMA360 show including an insane...

WillBoBaggins said:
Looks really good and I love that spoiler, but for $120,000 I dont know if its worth almost triple the cost of stock car lol.
Click to expand...

· Registered
Joined Dec 11, 2020
·
17 Posts
Woah, this car stands out at night. The wheel added an additional accent to this vehicle. It honestly looks like a luxury car.

Colt Gomez said:
Woah, this car stands out at night. The wheel added an additional accent to this vehicle. It honestly looks like a luxury car.
Click to expand...

Best of all, SARD is involved in motorsports and likely built in a lot of function to this kit.
Its just not for aesthetics I bet.

The kit sort of reminds me of this Top Secret widebody kit for the MKIV Supra.